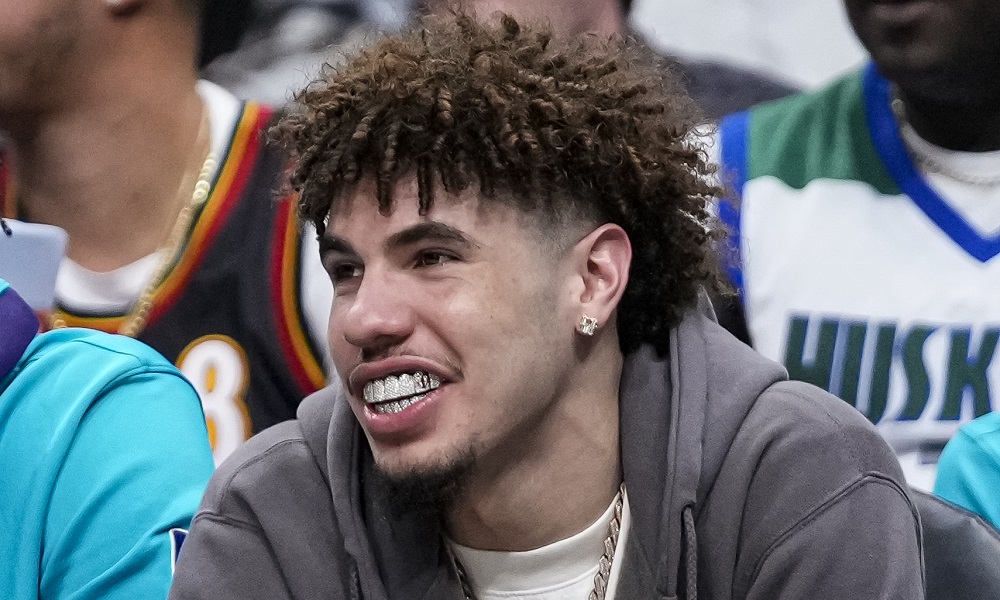 LaMelo Ball is getting closer and closer to a return to the Charlotte Hornets lineup. The team is currently reeling after a four-game losing streak, and his presence is much needed.

Recently during Charlotte’s game in Memphis, LaMelo ran into hip hop star, NLE Choppa after the game. NLE Choppa, who hails from Memphis, was sitting courtside witnessing his hometown team throttle the Hornets 130-99.

In the video, LaMelo is seen dapping up NLE Choppa and even giving a hug to his mother, who was seen with a Momma Choppa jersey on.

Take a look at the interaction below.