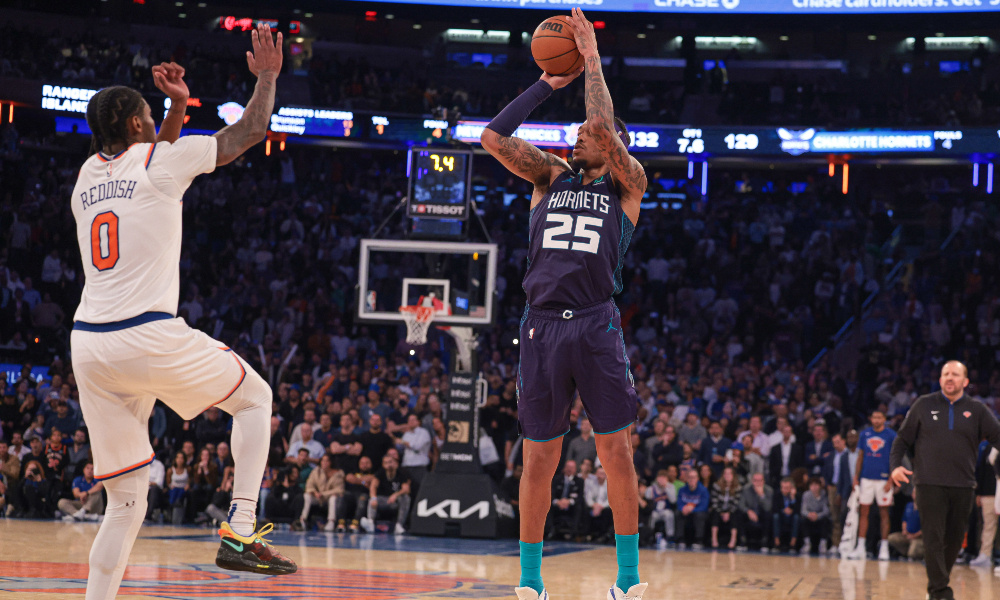 Although the Charlotte Hornets could have defeated the New York Knicks in Madison Square Garden on October 26, 2022, P.J. Washington’s defense ultimately caused his team to lose. As an experienced former football and basketball coach, I know conventional wisdom has one to believe a team’s loss is not the fault of one player. In reality, careful analysis can expose a single player as the cause of a team’s defeat. After watching the game between the Hornets and Knicks twice, P.J. Washington failed his team in several substantive ways, resulting in a 134-131 win for the Knicks.

Without question, the Charlotte Hornets are playing better than they did in the preseason. Their performances have been so much better in this young season than in the preseason that one might think these are different players. Overall, the team plays with significant energy, giving total effort every game.

RELATED: THE CHARLOTTE HORNETS SHOCK EVERYONE WITH WIN IN SEASON OPENER

P.J. Washington’s defense, however, leaves much to be desired.

If he is going to play the power forward and center positions, he must learn to employ his six-foot-seven-inch and 230-pound frame better. When battling against players in the paint, they must feel this frame waging constant and significant resistance. Too often, unfortunately, opposing players move his body away from them with relative ease—as Julius Randle moved him the entire game.

P.J. Washington’s defense will improve when he embraces physical contact and commit to improving his guarding techniques. Steve Clifford must help him to become a better defender and challenge him to be more aggressive.

I would like to see Washington play with more competitive fire to match his great confidence in his abilities.

The Charlotte Hornets need the P.J. Washington who scored 31 points and grabbed seven rebounds in 40 minutes in a victory against the Golden State Warriors on October 29, 2022. He need not go one for six behind the three-point line, though. He was aggressive in this game against the Warriors.

The Hornets will emerge as a serious playoff contender if he consistently gives this effort and performance. Imagine him playing like this when LaMelo Ball returns.

To be a first-round draft pick from the Kentucky Wildcats, Washington’s 11.9 points per game career average is unacceptable. Hopefully, P.J.’s performance against the Warriors will spark the change the Charlotte Hornets need to materialize from him.