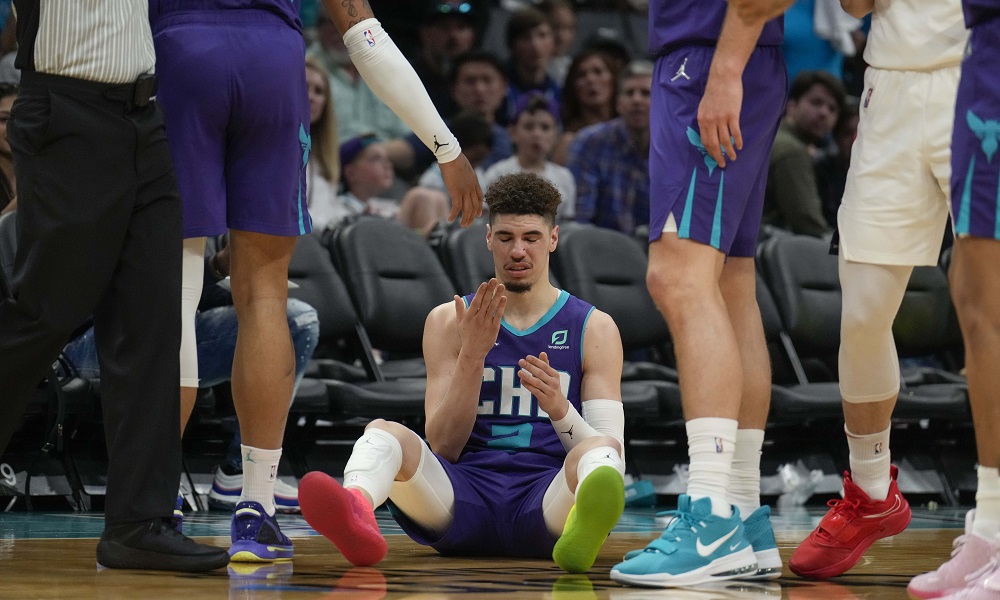 The Charlotte Hornets are off to a much better start than its 0-5 preseason. Sitting squarely at 3-3 and the current 8-seed in the Eastern Conference, there’s much room for optimism. Especially when LaMelo Ball returns to the lineup.

When that might happen? That seems to be the million dollar question.

On October 12 during the Hornets fourth preseason game, LaMelo exited after badly twisting his left ankle. He walked off on his own power after staying in to sink two free throws. However, the sight of it appeared worrisome.

The initial prognosis was a Grade 2 ankle sprain. He was set to be sidelined for one to two weeks, which would have placed him in the lineup as late as the New York Knicks matchup.

After being ruled out yet again for last night’s game against the Golden State Warriors, one has to wonder just how bad his ankle truly is.

The two-week timeline is interesting. According to the Foot Health Institute, a Grade 2 ankle sprain may require four to six weeks to fully heal.

To be fair, the Hornets have time. Not only that, it behooves them to rush back their undeniable cash cow. A cash cow they’re prepared to sink over $200 million dollars for a rookie max extension after this season.

I don’t fault the Hornets for slow playing this. Kudos to Steve Clifford and company for keeping the ship steady while LaMelo is out. This has allowed LaMelo and the organization to be 100 percent certain his ankle is good to go.