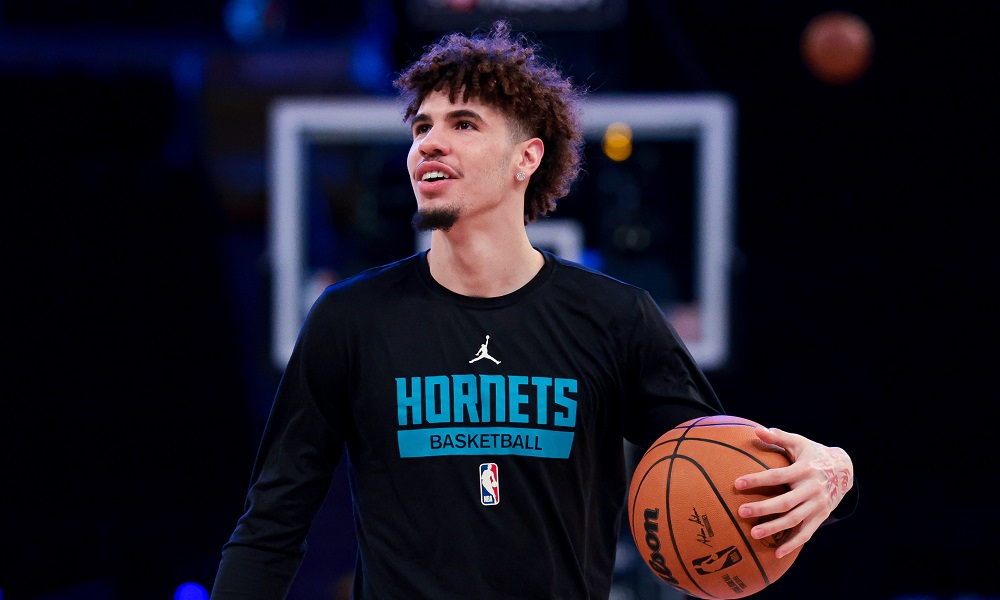 Samuel Dalembert played 13 years in the NBA for six teams. He retired in 2015, but he recently made the news when he pulled a rare LaMelo Ball basketball card.

Basketball cards were a booming business in the 1980s and 1990s. It seemed like every kid wanted a pack of cards to pull their favorite player or, of course, pull a Michael Jordan card.

Today, cards are not as popular as they once were, especially in the digital revolution. Still, cards are collected, and people still want to get good players.

Recently, a former NBA player, Samuel Dalembert, bought a pack of cards, and even though he didn’t pull a Michael Jordan, he pulled a rare card of a player who plays for Michael Jordan’s team… LaMelo Ball.

A post by Slabstox on their Instagram page showed Dalembert pulling the rare LaMelo Ball basketball card in an event hosted by Hobby House. The card is a 2020 Panini National Treasures Logoman Rookie Patch Auto of LaMelo Ball.

This card is rare and expected to bring in a lot of money. For comparison, a raw Panini National Treasures Logoman Rookie Patch Auto One of RJ Barrett sold for $40,000 on eBay.

Samuel Dalembert found himself a gem and if you want to pry it away from him, you’ll need to cough up at least $40,000… But probably more, since LaMelo Ball is one of the most exciting young players in the league.