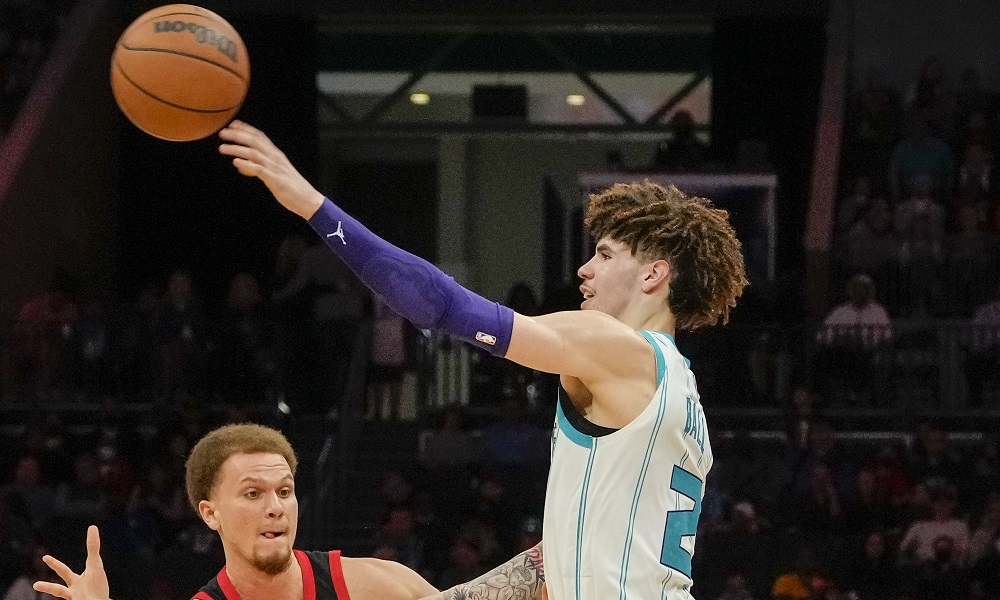 Fans of the NBA are constantly comparing players and debating which players are better. This is exactly what happened when a Twitter fan compared LaMelo Ball to Magic Johnson.

Of course, Magic had already won an NBA championship and a Finals MVP after two seasons, two things LaMelo has yet to achieve. Do you think LaMelo Ball has a chance to rival Magic Johnson as the greatest player of all time when he retires?

Maybe, maybe not. Still, LaMelo has a lot to prove, and he appears up to the challenge. To check out LaMelo’s and Magic’s stats after two seasons, check out the tweet below.

I have high hopes that LaMelo has the potential to surpass Magic by the end of his career! pic.twitter.com/TJbC5e4zum