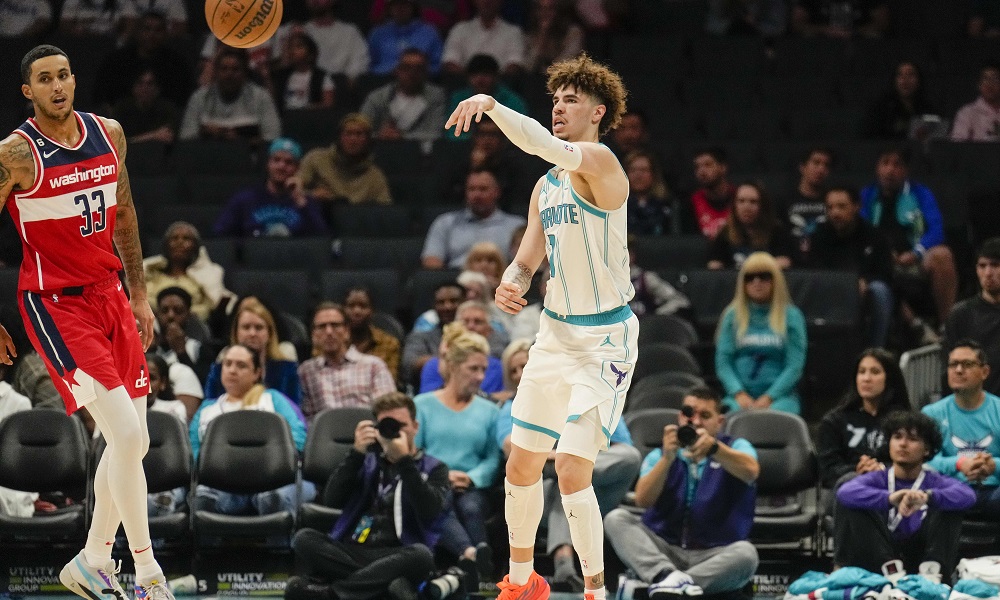 The 2022-23 NBA Preseason Awards Media Poll For Most Improved Player has been released, and LaMelo Ball is tied for 5th, despite his team going 0-4.

LaMelo in the hunt for Most Improved Player

The NBA preseason will end on Friday, October 14. The Hornets are currently playing their last preseason game right now against the Philadelphia 76ers.

LaMelo Ball is not playing because of his ankle injury. He had a successful preseason, despite suffering a Grade 2 left ankle sprain in their last game against the Washington Wizards. In the four games, LaMelo averaged 14.5 points, 5.3 rebounds, and 5.8 assists per game.

LaMelo’s play, despite his team not winning a game, led to him gaining one vote for the preseason Most Improved Player Award. Even though LaMelo’s stats are good, his shooting was not.

He shot just 31.3% from the field. LaMelo will have to improve this during the regular season.

If LaMelo can up his shooting percentage and continue to play at a high level, maybe he can win the Most Improved Player Award during the regular season.