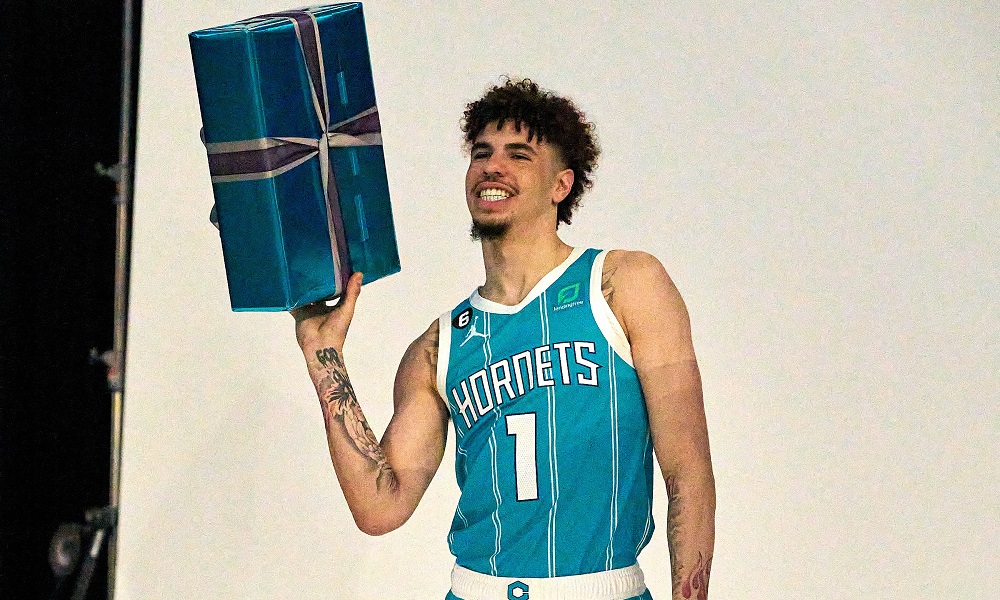 The TikTok video of the little boy professing his love for corn has gone viral in the past month. It’s become so popular that it led to a video of LaMelo Ball having fun with corn on TikTok.

TikTok has taken over the lives of young people all over the world. It’s a way for people to connect and have some enjoyment from the entertaining videos it provides.

When the video of seven-year-old Tariq went viral for his love of corn, it took the world by storm. The video was shared and replayed countless times. There were even remakes of the video, making what Tariq said into a song.

LaMelo gets in on the corn craze in TikTok video

On media day for the Charlotte Hornets, the players participated in a trend that’s been seen on TikTok in the past. This is when people place their hands in a hole in a box and try to guess what they’re touching.

The Hornets players, including LaMelo, participated in this trend, and when LaMelo took his turn, he reached in and touched an ear of corn.

“Is it da corn?” LaMelo asked with a laugh.

LaMelo then asked if the people filming had seen the video of Tariq. He then proceeded to say how much the little boy loves corn.

Watch the video of LaMelo and corn below.