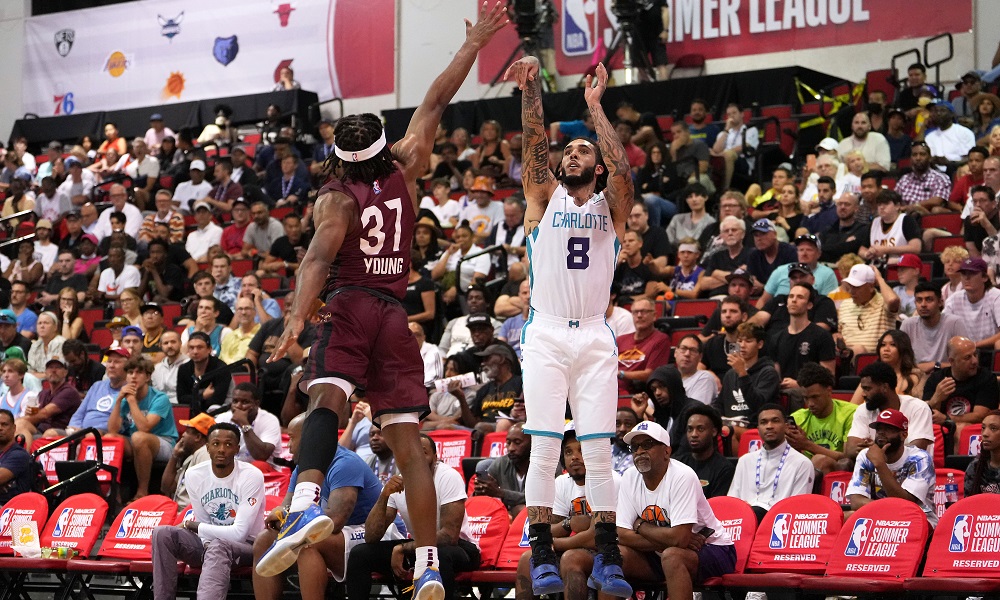 LiAngelo Ball has recently signed a non-guaranteed contract with the Charlotte Hornets, but he hasn’t seen much playing time in the Hornets’ preseason games. So, we now wonder, will LiAngelo make the Hornets’ final roster?

Related: How much playing time will LiAngelo Ball receive in Charlotte Hornets preseason rematch against Boston?

So, what does this mean? Is LiAngelo’s limited minutes in the first two games, followed by his DNP by a coaching decision going to doom his hopes of making Charlotte’s final roster?

The preseason is the time when role players and young players get the chance to shine by playing larger minutes. The fact that LiAngelo has played less than nine minutes doesn’t look good for his NBA future.

LiAngelo could still make the final roster as a role player or even a practice player, but we won’t know until the start of the regular season. For LiAngelo’s sake, we hope he is on the team when the season opens, and maybe he can find a way to help the Hornets and brother LaMelo reach the playoffs.