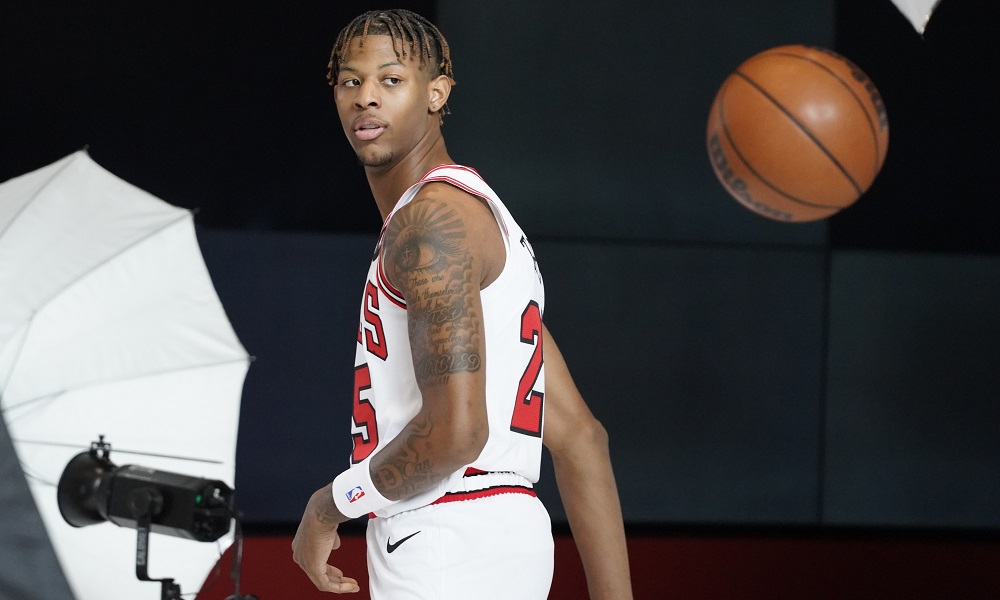 The Chicago Bulls are facing an uphill battle as they start training camp. With Lonzo Ball out, the Bulls need someone who can run the offense and set up the Bulls stars, like DeMar DeRozan. Can rookie Dalen Terry fill that void?

The Chicago Bulls don’t want to play without their starting point guard Lonzo Ball, but as of now, they’ll have to until at least January 2023. Chicago could look to sign a free agent to replace Lonzo, or they could put their trust in their rookie selection.

With the 18th overall pick in the first round of the 2022 NBA Draft, the Bulls selected Dalen Terry from the University of Arizona. At Arizona, Terry played for two years and averaged 6.6 points, 4.2 rebounds, and 2.9 assists per game.

Terry’s numbers may not be jaw-dropping, but he was a solid player on both sides of the floor. As a sophomore, Terry was named to the Pac-12 All-Defensive Team.

Lonzo not only set the tone by getting his teammates involved on the offensive side of the ball but also on the defensive side. Terry can fill that void until Lonzo returns from injury.

A recent video posted on the Chicago Bulls Instagram account shows Terry feeding DeRozan the ball for a dunk. The caption written below the video says DeMar & Dalen building chemistry.

This is a great sign for Bulls fans, and maybe Terry can hold the team together until Lonzo is back to run the offense. If Terry can achieve this, the Bulls will have a great chance at making the playoffs.