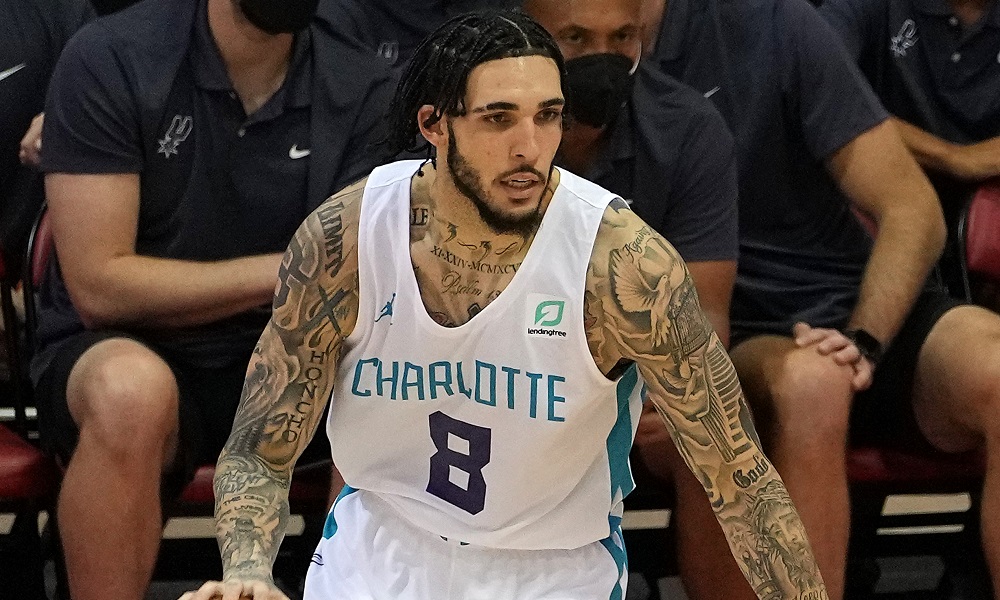 LiAngelo Ball has been working diligently and quietly to make a good impression with the Charlotte Hornets. With four days of training camp in the books, there’s been little to no word on LiAngelo’s progress.

Fans have clamored for a LiAngelo sighting, and the Hornets obliged by naming him its Fan Friday recipient.

Outside of this, LiAngelo hasn’t been featured or seen in any Hornets highlights until being in the right place at the right time during a Cody Martin mic’d up segment.

During the clips, viewers can see LiAngelo sporting a maroon colored jersey. The jersey likely signifies players who are practice squad players seeking to earn a roster spot. That’s exactly what LiAngelo is attempting to do.

He’ll have his first shot tomorrow as the Hornets face the Boston Celtics in its preseason opener. The chances of LiAngelo receiving playing time are very slim. NBA teams typically play no more than 15 players on average during a preseason game.

LiAngelo was literally the 20th player signed to the roster earlier this week.

See LiAngelo’s many cameos in Martin’s video below.