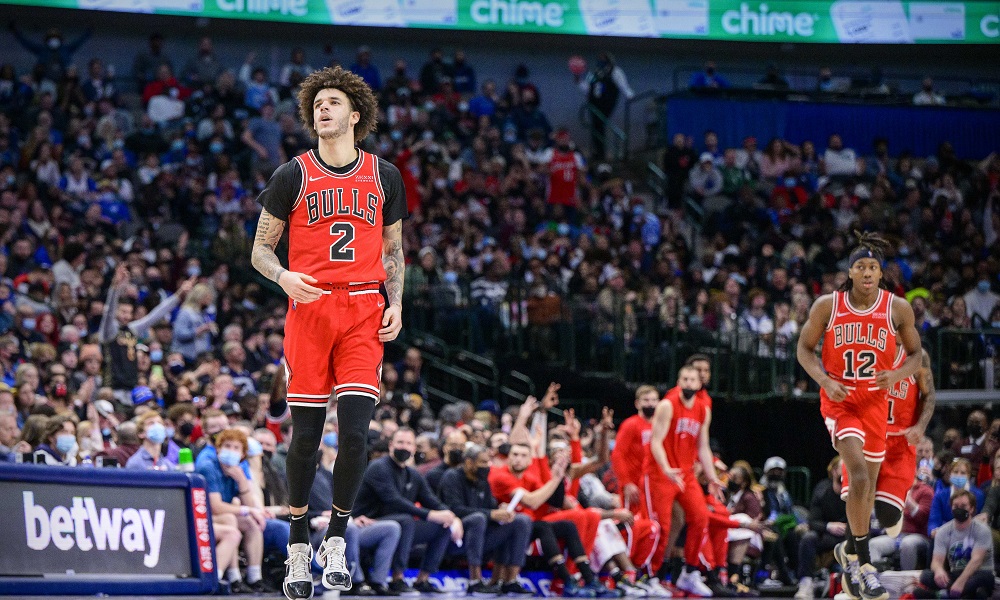 Day four of the 2022-23 Chicago Bulls training camp occurred yesterday. The Bulls are a team that is trying to find its identity.

Last season, they started out as the surprise team in the league. DeMar DeRozan, who was called the worst free agent signing in the 2021 offseason, proved his doubters wrong.

DeMar DeRozan when he was considered the worst signing in the 2021 NBA free agency LOL pic.twitter.com/RqeyAy0bR7

On top of DeRozan playing well, another free agent pick-up, Alex Caruso, was showing the world why Lakers fans loved him in LA. His defense and energy lifted the Bulls higher than they expected.

After a great start to the season, which saw the Bulls tied with the best record in the East with the Miami Heat, at 38-21, Chicago fell apart. Injuries and COVID-19 derailed the Bulls’ chances at making a run to the NBA Finals.

The Bulls continue to jell together in training camp. Despite Lonzo Ball being out, players are stepping up, including rookie Dalen Terry. Free agent signing Andre Drummond is also fitting in well with his new teammates.

The YouTube channel Bulls Nation-Station has recapped every day of training camp so far. They have given great insight on the Bulls, including stating that Chicago is looking to revamp their offense this season.

In the video, the narrator claims the Bulls knew their offense was too predictable last season. There is truth to this, as many possessions would end up with DeRozan going one-on-one with his defender.

The Bulls plan on adapting a better offense this season, and we are sure the offense will run better once Lonzo gets back out on the court. To hear the entire video from Bulls Nation-Station, check out the video below.