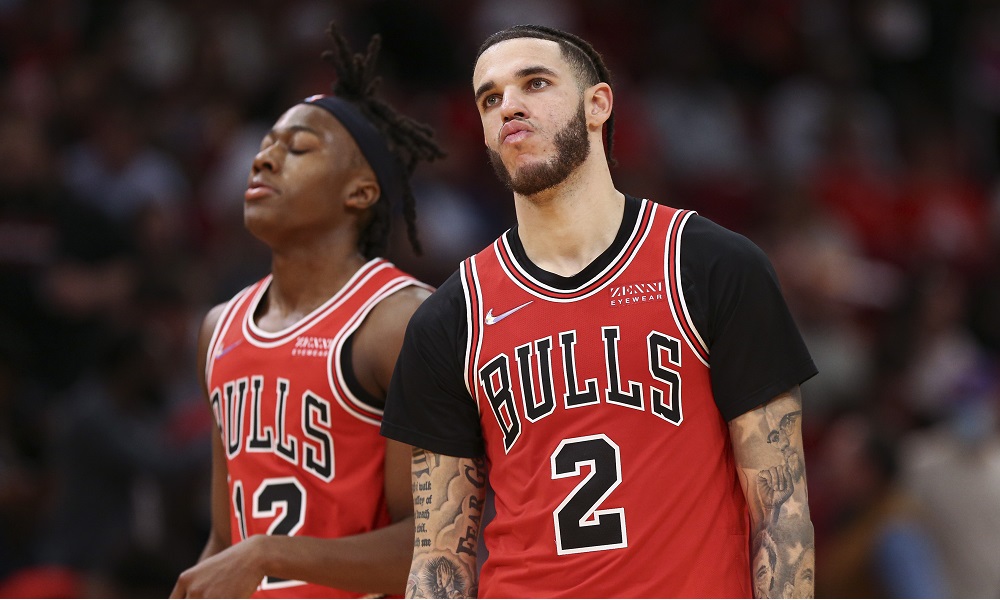 The Lonzo Ball injury update shocked the basketball world, as it was believed Lonzo would return by training camp. Lonzo’s injury, along with a stronger Eastern Conference, has many claiming the Bulls will finish in a play-in spot, including former NBA champion, Kendrick Perkins.

The reasons mentioned above are why the former Boston Celtics champion is doubting Chicago’s potential this season. Since the Bulls haven’t made any significant move this offseason, it’s no wonder why Perkins feels this way.

Related: ESPN’s 2022-23 win projections don’t favor the Bulls as they may struggle with Lonzo Ball out

The Chicago Bulls don’t appear to be getting a lot of support from analysts and sports networks as well. ESPN recently revealed their projections for wins each team will get for this season. They have the Bulls winning 38.5 games in 2022-23.

Kendrick Perkins, who you can see on various shows on ESPN, recently claimed that the Bulls would finish in a play-in spot at best this season. After finishing in the sixth seed last year, the Bulls are hoping for a repeat or better this season.

The injury to Lonzo Ball doesn’t help the Bulls’ case. If the team can come together while Lonzo is out, they should have a shot to at least match their sixth seed finish from last year.

To hear Perkins’ words on the Bulls, watch the video below.